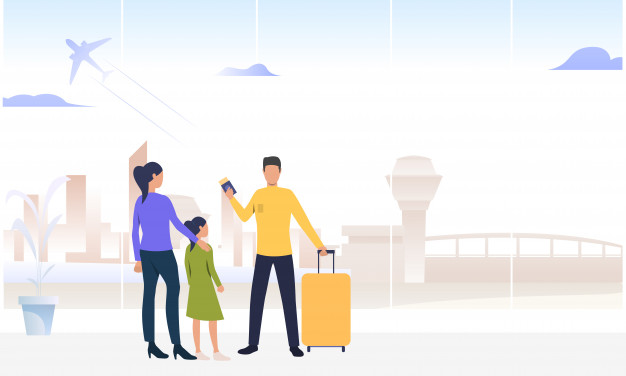 Doug McIntyre, his wife Gisela and daughter Alysia were looking forward to their flight to Nairobi. But when they arrived at Heathrow Airport, they were told that the flight had been cancelled because of ‘technical problems’.

After a great deal of queuing and what they felt was rude customer service, the family were rebooked on a flight leaving the following day, over 22 hours later than planned. Two days before the couple was due to return to London – their daughter having flown home earlier – they received a call to say their return flight had been cancelled.

The airline offered the couple seats on a flight leaving the next day or a night flight on the correct date but with another airline. As both had work commitments back home, they chose the overnight flight.

Back in the UK, Gisela wrote to the airline asking for compensation. The airline acknowledged that the flights ‘were disrupted due to operational reasons’. While it had previously offered the couple 25,000 air miles per person at the airport, no financial compensation was offered in response to Gisela’s letter.

Doug wrote again to the airline claiming for the five cancelled flights. This time they blamed ‘a shortage of aircraft’ for the cancellation of the outbound flight and ‘strike action by the company carrying out maintenance on the plane’ for the cancelled return flight. The airline still refused to offer compensation, so Doug started court action.

In the end, the airline then offered £1,770 compensation. Keen to avoid having to go to court and wary that strike action could be classed as ‘extraordinary circumstances’, Doug accepted the offer.